Warning Signs that Your Porsche Needs an Engine Rebuild
Weekdays 8am to 6pm, Saturday 9am to 4pm, Closed Sunday

Warning Signs that Your Porsche Needs an Engine Rebuild 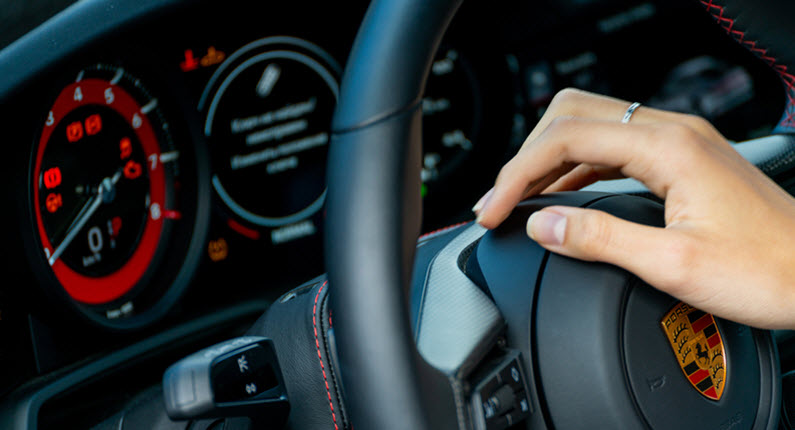 If you own a Porsche, you know that it is a high-performance vehicle that requires regular maintenance & care in order to keep it running at its best. One major repair that may be necessary at some point is an engine rebuild. This usually occurs after many years of ownership or hard use of your Porsche’s engine.

An engine rebuild involves disassembling the engine and replacing or repairing any damaged or worn components, and it can be a significant undertaking. This usually takes many days and is quite expensive. However, the benefits are well worth it to restore the drivability and enjoyment of your Porsche. In this article, we’ll discuss some of the warning signs that your Porsche may need an engine rebuild.

What Rebuilding an Engine Entails

Generally speaking, engine rebuilds are typically recommended if your Porsche has driven over 125,000 miles. At this stage of a car’s life it is likely that parts of the engine have worn out or broken down and engine performance will have declined in some way.

A periodic engine rebuild allows Porsche owners to preserve their engine in perfect condition and continues to provide them with an enjoyable driving experience. It also helps prevent major engine issues from occurring later on, due to a lack of maintenance.

Additionally, engine rebuilds can help improve fuel efficiency and cut back on CO2 emissions. Ultimately, engine rebuilds are an essential part of owning a classic sports car for many drivers and should be considered when maintaining optimal engine performance.

Watch for These Combination of Signs Together

One typical warning sign that your Porsche may need an engine rebuild is persistent engine misfires. An engine misfire occurs when one or more cylinders in the engine are not firing correctly, which can cause a variety of issues. These issues can include reduced power, poor fuel economy, and increased emissions. If you are experiencing engine misfires on a regular basis, it could be a sign that your engine is in need of a rebuild.

Another warning sign that your Porsche may need an engine rebuild is excessive oil consumption. If your engine is consuming oil at an unusually high rate, it could be a sign that there is a problem with the seals or gaskets, or that there is some other issue that is causing oil to leak out of the engine. If this is the case, along with any of the other signs in combination, a rebuild may be necessary.

A third warning sign that your Porsche may need an engine rebuild is a knocking or tapping noise coming from the engine. This noise is often caused by a problem with the connecting rods, which are responsible for connecting the pistons to the crankshaft. If the connecting rods are damaged or worn, they can cause a knocking or tapping noise. When this is joined by additional engine problems, talk with us about if it’s time to consider an engine rebuild.

So, what can be done if you suspect that your

Porsche needs an engine rebuild? The first step is to have our experts diagnose the problems and determine the cause of the issues you are experiencing. This will usually involve an in-depth inspection, where we perform thorough diagnostic tests to determine the root causes of the engine problems.

If it is determined that your engine does indeed need a rebuild, the next step will be to decide on the best course of action. Depending on the severity of the damage and the age of the vehicle, it may be more cost-effective to simply replace the engine rather than rebuild it. In other cases, an engine rebuild may be the best option. This will typically involve disassembling the engine and replacing or repairing any damaged or worn components. Give us a call today to discuss your options or visit us from nearby Columbus, Dublin, New Albany, Worthington, Powell, OH.