Common Causes of Mass Airflow Sensor Failure in a Volkswagen by the Expert Technicians of Powell
Weekdays 8am to 6pm, Saturday 9am to 4pm, Closed Sunday

The mass airflow sensor is an important component of your Volkswagen. Without it, your engine would be unable to properly process and regulate the amount of inbound air and the temperature of the air going into it. It is a critical part of your car that is needed to ensure that your car is running as effectively as possible, allowing it to not cause any components of your car’s engine to overheat.

While Volkswagen is known for their incredibly well-built vehicles, they are still susceptible to mechanical failures. To ensure that your mass airflow sensor is working the way it should be, it is critical to know the symptoms and causes of why they fail. Fortunately, we have a quick primer on the basics about what you should know to ensure your car remains functioning the way it needs to.

You can be clued in when a mass airflow sensor failure is occurring through several observable symptoms. Here are a few of the most common symptoms you are likely to encounter if your Volkswagen’s mass air sensor is having issues.

Auto Assets for Your Volkswagen

Auto Assets is a leader in not only repairing mass airflow sensors on Volkswagens, but any other issue 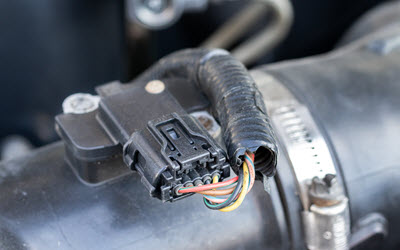 your European cars are having. We are located in Powell, OH, and serve the surrounding areas of Columbus, Delaware, Dublin, New Albany, and Worthington.

Our technicians are passionate and are experts at what they do. With over 30 years of experience working on a large variety of makes and models of cars, Auto Assets is the one-stop for all issues your European car is having.

If you suspect that your car’s mass airflow sensor might be a problem, feel free to come on down to our shop or give us a call to schedule an appointment for service. We will show you why we are Powell’s preferred European auto shop for more than 30 years. Call us today.